Now is a great time to get Driftmoon or Notrium, if you haven't already. And if you already have, give it as a gift!

On a sidenote, I'm working on porting Driftmoon to mobiles/Mac. While I'm working on it, it's getting quite a bit of fixes and tweaks. More on that later.

My friend Mika made this great game that I'm playing right now. Playing this brought back a memory from childhood, when I was really starting to hate a game called Pegged that came with the Microsoft Entertainment Pack for Windows 3.1. Oddhop has cured my fear of peg solitaire, so now I'm finally feeling like a stable person. 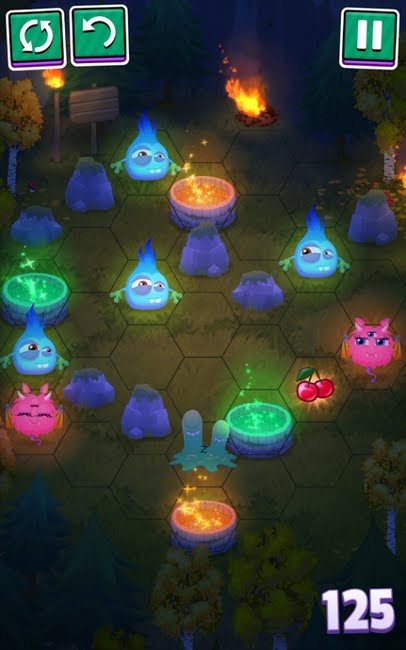 Today marks the release of Wazzal II, the Notrium mod that ZeXLR8er started way back in 2004. I've been following its progress for quite a while now. Things looked like stalling for a few years, but we never gave up hope! It's a great mod, so I want you to download and play it, and take some time to praise ZeXLR8er for his hard work.

The Notrium Steam edition is recommended for Wazzal II, as it fixes many bugs in the engine.

After the sun was destroyed by a supernova and most of humankind mysteriously abducted by a shadowy Alien race, a handful of brave space pilots established a new colony in the depths of space. Wasting no time, this motley collection of adventurers, traders and buccaneers set off to explore their new corner of the galaxy. Soon the United Confederacy of Planets was formed, heralding a new dawn for humankind free from Alien interference.

After many years of peace, the Alien threat has re-emerged to finish what they started! The Confederacy is in ultimate peril as massive Alien fleets begin their relentless drive towards the capital New Dawn, leaving nothing alive. Humankind's last hope lays on the shoulders of the most famous of the human pilots: the enigmatic "Captain", survivor of the doomed Sol System and the terrible planet of Notrium.... 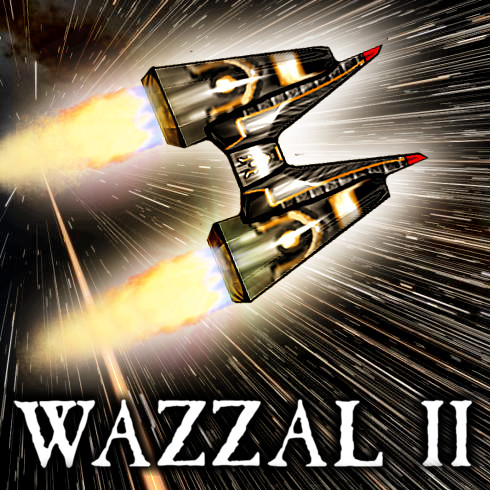 Surprise! We've released Notrium on Steam! The Notrium Special Surprise Edition is a re-release of the 2005 Notrium, with many improvements including achievements, cloud saves, autosaves, combination hints for the easier difficulty levels, and to top it all, a surprise! I mean, there's another more secret surprise, not just this surprise. But I bet you were surprised anyway.

Some 12 years ago I released a game called Notrium. The design was simple: you've crash-landed, and you've got to fix up your escape pod with scavenged parts before you get killed by all the aliens. I think I recall feeling that getting the word out about a game was a lot of work back then, I actually mailed about a dozen sites about Notrium! And then I sat back, and waited to see if someone downloaded the game.

To me that was the defining point in my game development hobby, that's when I decided I'd want to make games for a living. Not only had there been a lot of downloads for Notrium (millions was a huge amount back then), there were an overwhelming number of positive reviews about it. Even when I met my wife Anne for the first time, it turned out she'd heard of Notrium. The poor girl must have thought I was some kind of a suspicious game developer rock star when she started seeing me.

After Notrium got modding support, I worked with the talented and inventive Quanrian (Michael Quigley), the first of Notrium's many modders, to provide more playable characters, endings and everything that makes Notrium the game it is today. I'm glad to see many Notrium modders working in software development today. Sam must be a grown man already. At least we'll always have HarmlessHermit's Notrium Saga. There were hundreds of people who supported and encouraged me with the development of Notrium, and I'm extremely grateful for every one! Without you Notrium, Driftmoon, or our upcoming game(s) would not have been possible.

I had a lot of fun replaying Notrium when making this special edition version, and I hope you'll have fun too. And yes, Anne did really try the game, and found it quite difficult. Though I think she was just trying to make me feel better about dying so often.

Ps. I wonder if you'll find the surprise in the game?

When I first thought about starting an indie game company, I spent days researching whether it would allow me to support our growing family. I think it's fantastic that indie devs have a culture of sharing their sales figures to the public, because without seeing others succeed I never would have dared to start. Now it's my turn to tell others what one can expect from a PC only downloadable roleplaying game like Driftmoon.

My original research from 2010 showed that if I made a good downloadable game, I could reasonably expect at least $10000 if we got enough positive exposure in the press. Not enough to live on, but at least a start. Back then there was a huge rush for the preorder model used by Overgrowth and Minecraft, so I opted to try that as well. By Christmas 2010 we started selling our very own game, Driftmoon: It was my eighth game, and my very first professional endeavor. Also it was the first game created in collaboration with my lovely wife Anne. We were thrilled when the first customers bought it! And we're extremely thankful for every customer we've ever had!

The prize money in 2010 is the Sammon Tekijät prize, but it's not just for my work on Driftmoon, so you might want to count that out. But it's money in regardless.

These figures only contain the gross income, without deducing any of our costs or even taxes (which can be a huge percentage in Finland). I figure that there are two models for success in the indie business, either A) Keep your costs down to a minimum and try to turn your own labor into money, or B) Spend loads of money to make the game more appealing in hopes of making more sales or getting a higher price. I opted for keeping the costs down to a bare minimum, because I didn't have any cash to spend for the game, and I didn't want to take a loan. Having no extra money gets you into the proper indie mindset!

Driftmoon was released in February 2013, so that's when our preorders ended. We made about $10000 from the preorders, which was a lot more than we expected, but more importantly, it gave us the motivation to keep going! On the other hand, the lengthy preorder phase might have eroded some of the newness from our actual release. I have no hard facts to prove it, but I found that it was a lot easier to get sites that cover news stories interested about the initial preoder release - getting them interested in the fact that it had now been released for real was a lot harder. In retrospect, we might have generated more hype by starting the preorders just months before releasing, and not over two years before releasing.

There was one big change in the indie game business that had happened between 2010 and 2013. Some of the bigger online stores had started selling indie games, and many retailers asked us to join them, most prominently GOG.com and later on Steam. At first I thought it might be a bad idea to sell through other stores, because then they would own the customer, and I wouldn't even know the customer's email in case I want to update them about a new release. Also they take, in my opinion, a rather large cut from the sale. I didn't know what to do, but in the end we decided that we'd better just get the game to as many players as possible, and maybe they would buy our next game as well. I figure we've only gotten about 20% of the money through our own storefront, so I suspect we made the right choice.

Thinking about how much money we get for an hour of work, I would need to estimate how much time we spent on making the game. I figure during the seven years (working on the side of our day jobs) it adds up to about 7000 hours. I could be off by thousands. But for that amount my hourly rate would be about 24 dollars per hour, which isn't bad, it's nearly half of what I would have to pay to a plumber or an electrician in Finland. So for every two or three hours I spend working on my own games, I can get someone to work an hour on renovating our house!

When you're reading stats like these, and thinking about starting your own company, do keep in mind that failed projects rarely reveal their sales figures. In fact, finishing and releasing the game at all is the hard part. It took us seven years to make Driftmoon, and it wasn't all fun and games - developing a game can at times be incredibly stressful, and we were close to a burnout several times. I would not recommend a project that spans nearly a decade to anyone, except someone who is very passionate about games.

And that brings us to my closing remarks. When originally researching whether I could support my family by making games I realized something important. There's no way to guarantee any kind of minimum income from this business, making a game is always a financial risk. If you make a mainstream game, you might get lost in the crowd of similar games. If you make a niche game (e.g. flight simulator), reviewers might overlook it because their readers only like mainstream games. If your niche is small enough, it might be up to just one site to make it possible for you to reach your audience. If you started making a zombie game a few years back, you might suddenly find out that zombies are no longer fashionable. How I see it, is that you should not make indie games for the money alone. If you're just looking to get rich, go make insurance software. Making games is a high risk business, you might get more money out than you put in, but that's far from being certain.

But if you have a game floating around in your head that must come out, if there are whole worlds just waiting to unfold, and to be shared with others - that's when you should make indie games! That way, whether your game makes a profit or not, you will still have made the game you wanted to make. And chances are, your game will have completely transformed the lives of billions of players all around the world! 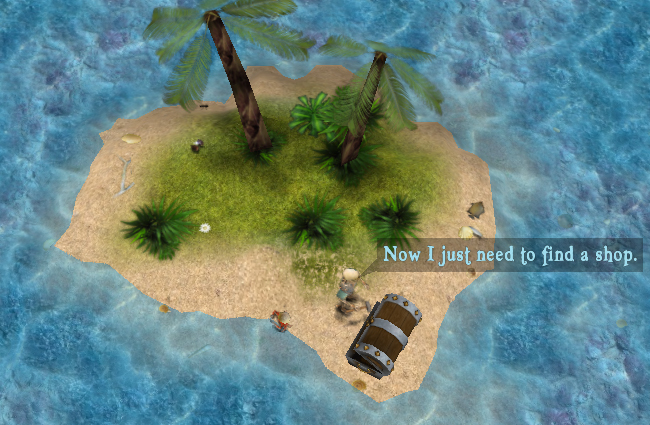