GAMES ABOUT US DRIFTMOON NOTRIUM FORUM

A while ago a school for visually impaired children asked me and some colleagues to visit them. What a friendly place! They showed us around the classrooms, and we got to speak with the students, mostly very young kids, even two budding programmers. While some of them couldn't see a thing, some of them could even read if the text was big and clear enough. I was impressed by their determination to read everything they could. They had all sorts of tools to help them read difficult texts, texts with small fonts, or texts with low contrast. All sorts of magnifying tools filled each classroom, they could magnify a book, or they could magnify the blackboard, or a friend's face.

And when they showed me how they painstakingly used a software tool to magnify text on the screen, my programmer instincts kicked in. Why would they need a separate tool for that? Couldn't the programmers have taken into account that some of their users might need bigger texts? A simple slider, maybe?

I never realized Driftmoon didn't have that either, until a user pointed that out to me:
"I might otherwise be interested in this, but given that I'm an aged gamer, and that my sight is nothing compared to what it used to be, sitting and squinting at lots of microscopic text that you have to be a bionic eagle to read doesn't seem like a good time."

It took me a whole working day, but I did it! I made a slider into the game that you can use to change the text size. Now you no longer have to be a bionic eagle to read the text in Driftmoon.

The slider also controls the size of the other user interface elements, for example the inventory, which is very useful if you play in high resolutions.

I just don't see the point of programmers not adding the functionality to games, and other software too! You don't have to have poor eyesight to need bigger texts, you could for example need to sit far from the monitor because you prefer the couch. Or you might have such a huge resolution in your monitor that everything that's unscaled turns into tiny dots (like Driftmoon used to). Or you might just prefer your texts a bit bigger, because the developers were actually sitting too close to their monitors and made the texts tiny by default. So if any programmers are reading this post, I strongly urge you to consider the people who cannot see your texts! They are not a tiny minority.

Have you been craving the text size changing feature? Which screenshot do you prefer? The default will be somewhere in between the two. 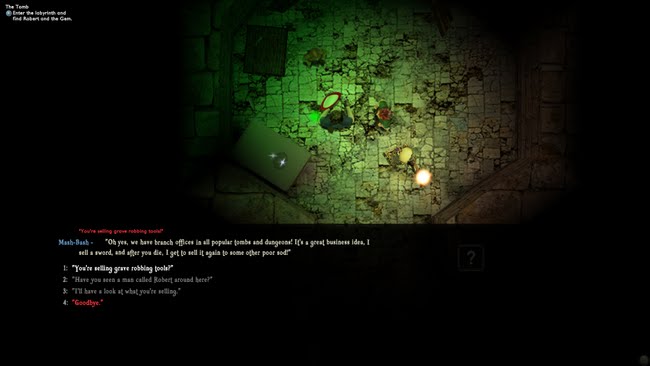 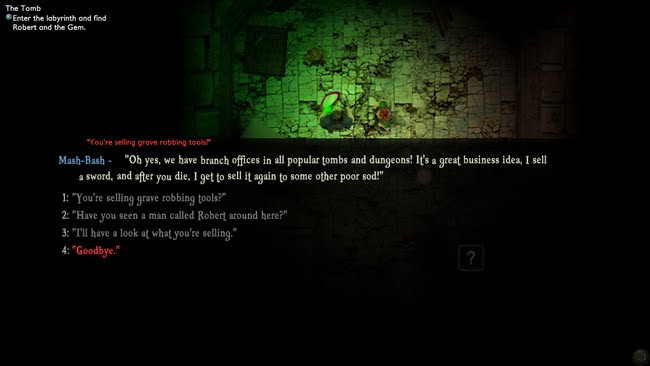